Kansas City isn’t a two-note town. Beyond its beloved barbecue and proud jazz tradition, Missouri’s largest city has a world-class art institution in the Nelson-Atkins Museum of Art and a moving tribute to African-American history in the Negro Leagues Baseball Museum. It has the historic Spanish-style Country Club Plaza, the country’s first—and most elegant—shopping center, and the gorgeous, architecturally striking Kauffman Center for the Performing Arts. But with all Kansas City has going for it, it’s hard to deny the pull of great live music erupting from every direction and delicious, tender, sauce-drenched smoked meat. To give you an insider’s look at the city, we asked the Kansas Citians what to do when you visit. Here are a few favorites. 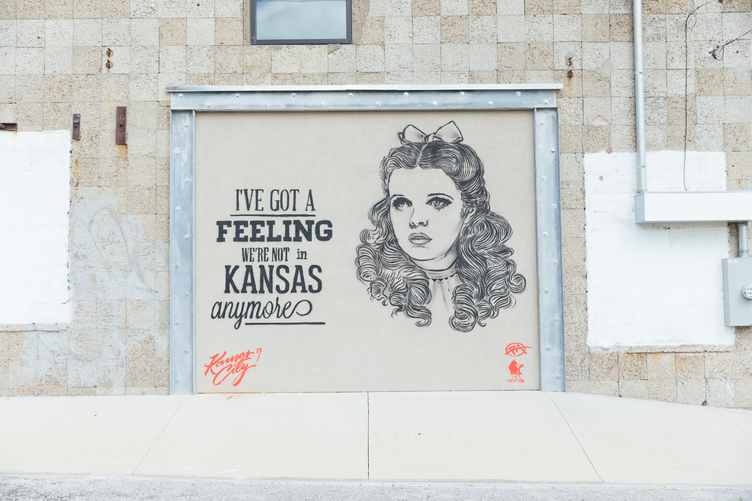 The city’s West Bottoms neighborhood, once home to cattle stockyards, sits where the Kansas and Missouri rivers meet. Fittingly, it’s now home to The Ship—a nautically-themed, Prohibition-era lounge turned artist-friendly dive bar with a history of being a bit rough around the edges and welcoming guests from all walks of life. Kansas City’s colorful nightlife was only partly suppressed by the 1919 law that outlawed alcohol. Instead, the “Paris of the Plains” embraced a laissez-faire approach to both booze and nighttime revelry. The Kansas City Prohibition Craft Cocktail Tour is a four-stop romp through a period in which Kansas City was known as one of “wettest” cities during the country’s short-lived dry spell. Along the way, indulge in cocktails at former—and current—speakeasies, brothels, and houses of ill-repute.

Among the country’s great barbecue capitals, Kansas City’s meats are distinctive, revered, and more than a little controversial. “If you ask about BBQ, you're gonna get a different opinion from each person in Kansas City,” we’re told. Everyone has a favorite, and they’re delighted to tell you about it. The historic home of the “King of Ribs,” Arthur Bryant's has operated blocks from the old Municipal Stadium since 1958, drawing dignitaries and politicians to the sit at its Formica tables and gnaw inelegantly on a rack of pork ribs with Wonder Bread. Another Kansas City classic, since 1946, the family-owned Gates BBQ is just down Brooklyn Avenue. Gates’s standout, according to locals, is their burnt ends on a hoagie. Their secret? The meat’s chopped rather than cubed, for a more favorable sauce-to-meat ratio.

Meet You at the Crossroads

In the Crossroads Arts District, some 150 galleries and artist studios are shoulder-to-shoulder with stylish boutiques and hip restaurants in a walkable several-block corner of downtown Kansas City that was once home to factories and warehouses. Since 2016, when the city’s new—and free—hop-on, hop-off KC Streetcar began running through the neighborhood, what was once a quiet, artsy, bohemian enclave has become a mainstream destination. A uniquely Crossroads institution, Y J's Snack Bar has a devoted following for its support of local musicians and artists and its large, filling, “Third World Specials”—daily offerings inspired by the owner’s travels—like Mayan Tostadas and Fish in Banana Leaves. After being at the same location since 1927, Y J’s—short for “Young Johnny’s”—recently relocated a few blocks away to a larger, but equally eclectic, space. The times they are a’changin’.

The in-house jazz club of the American Jazz Museum, the Blue Room takes its name from one of the most famous nightclubs in the historic 18th & Vine corridor. Locals love it for its impressive performances and walls adorned with memorabilia from the city’s proud musical history. In the Crossroads neighborhood, the Green Lady Lounge is another relative newcomer to the scene. But with vintage-styled chandeliers, red drapes, and suit and tie-wearing waiters, this dolled up jazz joint feels straight out of the city’s golden age. For a less refined, but equally music-centric experience, locals rave about The Phoenix. A former speakeasy, this unpretentious spot has a wildly popular Friday night happy hour and a weekend jazz brunch perfect for curing you of the consequences of your previous night’s shenanigans.

Fountains of Fun in Kansas City

Dining Along Route 66: A Missouri Road Trip for Foodies

Where to Ski in the USA for Families

Spirit of the Old West - Colorado

A Visual Guide to Miami

Soak up the Sun – and Arts and Culture – in Vero Beach

The Suwannee River Valley: Discovering Florida’s “Other Side”

Where to Shop on Your Visit to Tampa Bay, Florida