The Space Needle rises above the city

Sunset over the busy skyline

With a thriving food-and-drink scene, eclectic neighborhoods and a stunning coastal setting, Seattle is a dynamic urban enclave nestled in the Pacific Northwest. The city is bounded by Lake Washington in the east and Puget Sound to the west, an ideal location for water recreation and sight-seeing cruises.

The view is spectacular from the observation deck atop the world-famous Space Needle, a 185.5-meter-high legacy of the 1962 World’s Fair and symbol of the city. Locals and visitors alike flock to Pike Place Market on the waterfront, the oldest continuously operating farmer’s market in the U.S. Wander among the stalls teeming with artisanal cheeses, fresh-baked bread and the catch of the day. Visit Chihuly Garden and Glass to see Dale Chihuly’s remarkable studio glass artistry. Be sure to visit Boeing Future of Flight for an in-depth look into the jet production facility.

Seattle isn’t just a wine or craft beer town; it’s the home of Starbucks. You can still visit the original storefront adjacent to Pike Place Market. This city is fueled by caffeine; it has one of the greatest concentrations of coffee houses of any U.S. city. Among them are the Seattle’s Best and Caffe Vita brands, boutique roaster Victrola Coffee, and Cloud City Coffee and its $1 a cup honor system. Tour Starbucks Reserve Roastery for an immersive, future-forward experience (and taste) of the famous brand’s coffee culture.

Paddle, boat, sail and fish on some of the most welcoming waters in the nation, or take a whale watching tour along the Pacific coastline. You’ll also find three national parks within a few hours’ drive of Seattle – North Cascades National Park, with its 300 glaciers; the temperate rainforests of Olympic National Park; and the majesty of Mount Rainier National Park. You may hear Seattle locals say, “The mountain is out,” meaning the snow-capped, 4,392-meter Mount Rainier 161 kilometers to the south is visible. Kerry Park, a half-a-hectare green space on the slope of Queen Anne Hill, offers panoramic Seattle skyline views which are especially stunning at night.

Find top attractions like Pike Place Market and the Seattle Art Museum in Downtown Seattle. Artsy, offbeat Fremont features public murals and sculptures, topiaries trimmed to resemble dinosaurs and a troll under a bridge. Wooded, inviting Montlake overlooks Lake Washington. Capitol Hill, just to the southwest, is the entertainment and counter-culture haven – and that’s just a sampling. Experience Seattle’s long and storied music history at the Museum of Pop Culture (MoPOP). This interactive Frank O. Gehry-designed museum features edgy contemporary exhibits dedicated to the preservation of pop culture. Experience the city's music scene for yourself at a range of live music venues playing every night of the week.

When the Space Needle was built in 1962 for the Seattle World's Fair, it was the tallest building west of the Mississippi River.

Seattle is nicknamed the Emerald City, thanks to its nearly 500 urban parks and proximity to three national parks. The abundant green space makes it easy to see the natural beauty of the Pacific Northwest without having to drive (or even walk) very far.

An Insider's Guide to Coffee Culture in Seattle

From Hendrix to Fleet Foxes: Inside Seattle's Vibrant Music Scene

5 Weirdly Cool Places to Visit in the USA

Seattle Southside: Washington Base for a Pacific Northwest Holiday

4 Ways to Have Fun in Seattle Southside, Washington

Tacoma, Washington: A City Full of Natural and Cultural Wonders

3 Parks, 5 Days: Be Wowed by Washington

A Close-Up Look at Leavenworth, Washington

From Farm to Glass in the Yakima Valley

Where to Shop on your Visit to Portland, Oregon

Eat Local and Artisanal in the Pacific

7 Beautiful Urban Gardens in the USA

Oregon Insider: A Guide to Portland

8 Hot Shopping Destinations Across the USA 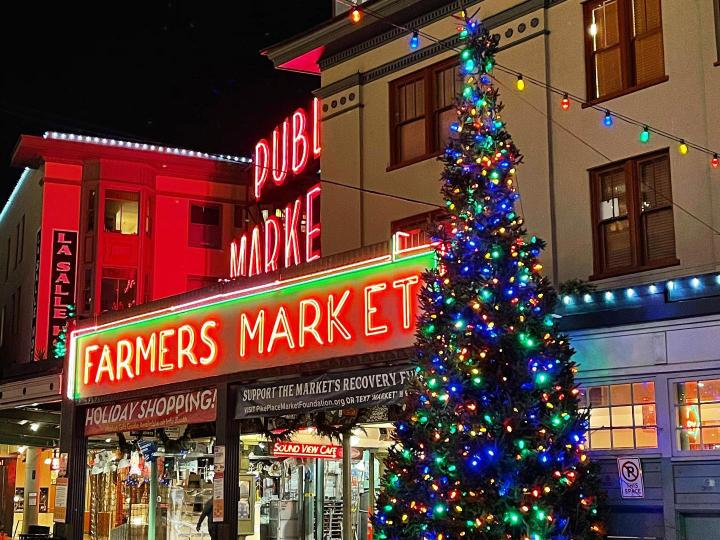 Tacoma, Washington: A City Full of Natural and Cultural Wonders

All That Jazz: 7 U.S. Cities to Discover the Music and More

As Seen on Film: A Wild Hike Along the Pacific Crest Trail

A Photo Journey on the Pacific Crest Trail

4 Ways to Have Fun in Seattle Southside, Washington

Seattle Southside: Washington Base for a Pacific Northwest Holiday