Step into the living world of Mark Twain

Nestled on the banks of the Mississippi River in the heart of the Midwest, Hannibal is known around the world for being the boyhood home of one of America’s greatest authors, Mark Twain. Born Samuel Langhorne Clemens, he later adopted the pen name Mark Twain and became a worldwide celebrity, touring the globe on lecture tours and penning dozens of books.


Where the Twain Meets

Walk in Twain’s footsteps, discovering the places that inspired "The Adventures of Tom Sawyer" and "Adventures of Huckleberry Finn." Explore the eight buildings that comprise The Mark Twain Boyhood Home & Museum to see the writer’s childhood home, a National Historic Landmark and one of the earliest home preservation projects in the country. Visit the home of Laura Hawkins, the little girl that inspired the character of Becky Thatcher; Mark Twain’s father’s Justice of the Peace office; 15 original Norman Rockwell paintings and a reproduction of the home of Tom Blankenship (Twain’s inspiration for Huckleberry Finn), as well as buildings featuring hands-on exhibits and artifacts detailing Twain’s life. Go out back of Twain’s house to paint the Famous Whitewashed Fence.

Tour Mark Twain Cave, Missouri’s oldest show cave and the cave in which the writer played as a child in Hannibal. While there, wine lovers can sample the unique Mark Twain vintages exclusive to the site’s Cave West Winery (and don’t leave Hannibal without sampling the cave-aged cheeses and homemade fudge). Catch a stage performance by a Mark Twain actor at historic Planter’s Barn Theater or Cave Hollow Theater. Ride the Mark Twain Riverboat on the Mighty Mississippi River, where narrated cruises take you past Hannibal landmarks and places Twain memorialized in his work like Cardiff Hill and Jackson’s Island.

Stroll historic Downtown Hannibal to browse locally-owned shops and dine at restaurants nestled along the river, as well as visit art galleries and theaters. Learn more about the Titanic’s Unsinkable Molly Brown, enjoy some mini golf or tour a mansion. Outdoor enthusiasts will find Hannibal’s 20-plus parks full of scenic overlooks, challenging walking and biking trails and historic statues. Golfers can enjoy Hannibal’s fine public courses. Watch Hannibal’s streets come alive at one of the many festivals that take place each year.

Along with Mark Twain, Margaret Tobin Brown, known as “The Unsinkable Molly Brown” after the Titanic disaster, also made Hannibal her home.

Though Mark Twain wrote about Hannibal often during his career, he never specifically named it in his work, calling Tom Sawyer’s home “St. Petersburg.”

Hannibal: A Delightful Story in Itself

Hannibal: A River Town With A Famous Son

The Great Outdoors and Cultural Adventures in Alton, Illinois

Alton, Illinois: A Trip through Culture, History and Nature

Ask a Local About Springfield, Illinois

A Taste of Vibrant St. Louis

Honoring the Legends: Museums and Monuments of the Blues

Spotlight: The Underground Railroad on the Shawnee National Forest

Route 66 in Illinois: Retro Dining on the Mother Road

A Taste of Missouri Barbecue

10 Desserts to Satisfy Your Sweet Tooth in Missouri 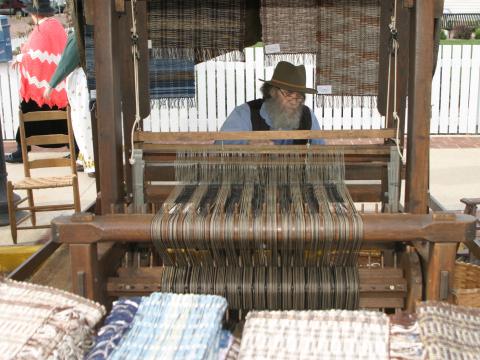 Inspired by Music: Hidden Gems for Street Art in the USA

Honoring the Legends: Museums and Monuments of the Blues

All That Jazz: 7 U.S. Cities to Discover the Music and More

Barbecue and Brews from Missouri to Kentucky

Fountains of Fun in Kansas City

A Taste of Vibrant St. Louis

Route 66 Through Missouri: Get Your Kicks in 3 Charming Areas

Hannibal: A Delightful Story in Itself

Dining Along Route 66: A Missouri Road Trip for Foodies