A panoramic evening view of the Baltimore Inner Harbor

Exploring the National Great Blacks In Wax Museum, which has a mission to study and preserve African-American history

Just a sampling of more than 22,000 artifacts spanning 55 centuries at the Walters Art Museum

Baltimore Museum of Art, which houses the world’s largest collection of works by Henri Matisse

The historic port city of neighborhoods

Baltimore’s claim-to-fame may be that it was the birthplace of America’s National Anthem, “The Star-Spangled Banner,” but its determined, down-to-earth spirit makes it a truly American city. With a dynamic Inner Harbor – the best view of which is from atop Federal Hill – that was as busy in the 18th Century as it is today, Baltimore is a city of contrasts. This center for cultural and heritage travel also is known for its quaint neighborhoods and thriving culinary scene. Tour the important landmarks like the first Washington Monument or first Catholic cathedral in the United States, but don’t miss seeing the vintage row houses and meeting proud, friendly locals.

Take the Baltimore Water Taxi along the waterfront for stunning views, including the impressive Under Armour complex, before touring the Inner Harbor’s historic ships, such as the U.S.S. Constellation, the last Civil War-era vessel still afloat. Check out the National Aquarium, which notably is in Baltimore and not in Washington, D.C. For world-class restaurants and vibrant arts, visit any of the city’s charming neighborhoods. Baltimore is a foodie city; Zagat honored it as the No. 2 city on its “Top 17 Food Cities of 2015” list. Embrace local culture in the city’s three arts and entertainment districts to take in street art, music venues and artist studios. Stop at local shops in Fell’s Point and Hampden, or head to Harbor East for upscale boutiques.

History, Heritage and Culture Come Together

No visit to Baltimore is complete without a visit to Fort McHenry National Monument and Historic Shrine, which defended the city during the War of 1812. Learn about Maryland’s African-American heritage at the Reginald F. Lewis Museum, the National Great Blacks In Wax Museum and the Frederick Douglass-Isaac Myers Maritime Park. One of Baltimore’s most famous residents, Edgar Allan Poe, left a lasting impression on the city; hear all about it at the Poe House and Museum and visit his grave. Take advantage of the city’s two free-admission major art museums: The Walters Art Museum with its 55 centuries of art, artifacts and jewelry, and the Baltimore Museum of Art, which has the world’s largest collection of works by Henri Matisse. Round out your cultural tour with stops at the B&O Railroad Museum and American Visionary Art Museum.

Proud of a Seafood Reputation

Sweet Maryland blue crabs, a well-known local staple, are on menus all over town – in crab cakes, crab chowder and even crab eggs benedict. But the most authentically Maryland way to enjoy the crustaceans is with a crab feast. Gather around newspaper-covered tables to crack open steamed crabs with mallets and your bare hands. Baltimore is also embracing its oyster harvest with a wealth of restaurants and bars offering these delicious half shells.

Baltimore’s Fort McHenry defended the Baltimore harbor during the War of 1812 and is the birthplace of the American national anthem, “The Star-Spangled Banner,” written by Francis Scott Key.

Baltimore’s waterfront neighborhood of Fell’s Point was the second largest point of immigration after Ellis Island.

Thousands of Baltimore visitors a year tour the first cathedral in the United States, the 19th century Basilica of the National Shrine of the Assumption of the Blessed Virgin Mary, which was recently restored.

The Many Charms of Capital Region USA

5 Surprising Things You Can Do in the U.S. National Parks

From Washington, D.C., to the Water: Summers in Maryland and Virginia

Hike the Appalachian Trail in Washington, D.C., Virginia and Maryland

Get Outside in Washington, D.C.

Where to Experience Indigenous American Culture

Where To Shop on Your Visit To Washington, DC

Wine, Beer and Spirits in Washington D.C., Virginia and Maryland

History of the National Cherry Blossom Festival in Washington, D.C.

The Mansion on O Street

Why You Need to See the U.S. National Parks

Holidays in the Cultural Region of Northern Virginia 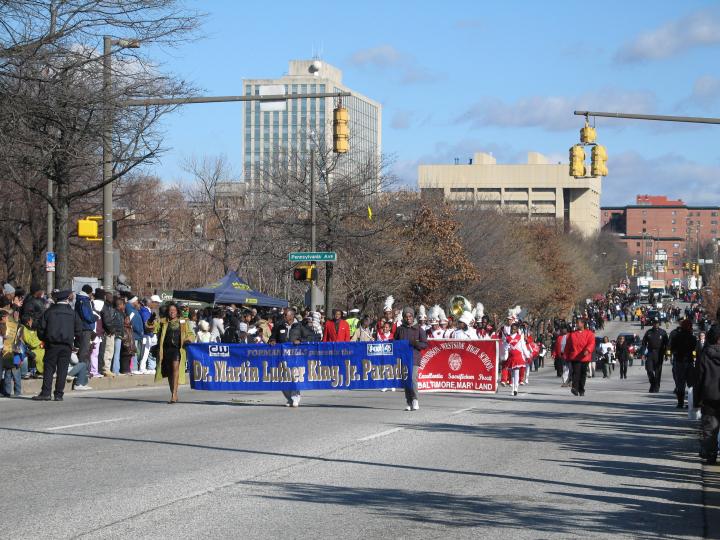